Dried lavender flower : lavender, (genus Lavandula), genus of about 30 species of plants in the mint family (Lamiaceae), native to countries bordering the Mediterranean. Lavender species are common in herb gardens for their fragrant leaves and attractive flowers.

Lavenders are small evergreen shrubs with gray-green hoary linear leaves. The purple flowers are sparsely arranged on spikes at the tips of long bare stalks and produce small nutlet fruits. The fragrance of the plant is caused by shining oil glands imbedded among tiny star-shaped trichomes (plant hairs) that cover the flowers, leaves, and stems. The plants in cultivation do not usually produce seed, and propagation is accomplished by cuttings or by dividing the roots. 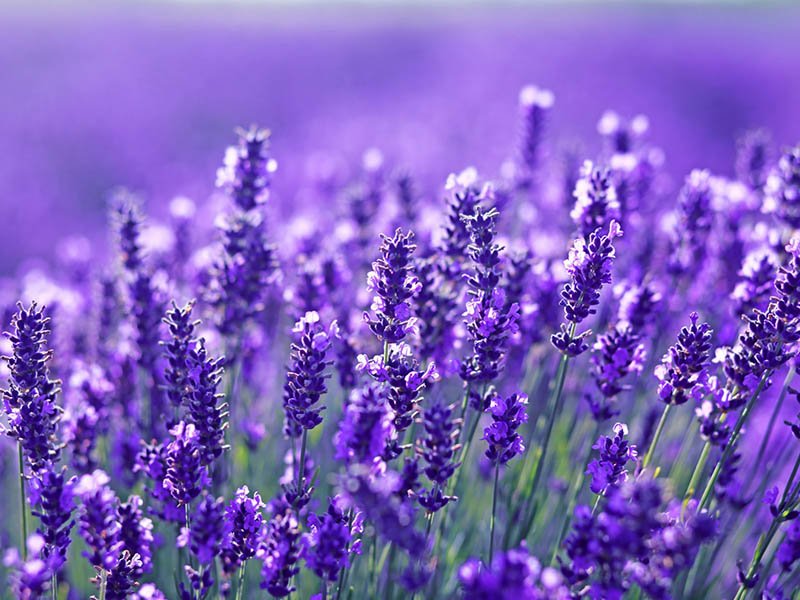 The genus includes annual or short-lived herbaceous perennial plants, and shrub-like perennials, subshrubs or small shrubs. Leaf shape is diverse across the genus. They are simple in some commonly cultivated species; in other species, they are pinnately toothed, or pinnate, sometimes multiple pinnate and dissected. In most species, the leaves are covered in fine hairs or indumentum, which normally contain essential oils.

Flowers are borne in whorls, held on spikes rising above the foliage, the spikes being branched in some species. Some species produce colored bracts at the tips of the inflorescences. The flowers may be blue, violet or lilac in the wild species, occasionally blackish purple or yellowish. The calyx is tubular. The corolla is also tubular, usually with five lobes (the upper lip often cleft, and the lower lip has two clefts).

Lavender is produced as a wild flower and cultivated in some countries. But in Iran it is cultivated only, it is also cultivated in an area of less than ten hectares.Lavender cultivation has been done in recent years for medicinal, cosmetic, health and decorative uses in the country.

Although all lavender is native to the Mediterranean, there are different types of this plant that differ in color, flower bloom, flower shape and different sizes. The flowering time of this plant can be significantly different in different places.

Where a lavender flower blooms in early June, just a few miles away can have very different results. Contrary to the name of this plant, not all lavender is purple. Some of them are seen with other colors such as pale pink, white and even yellow. The leaves can also vary in shape and color.

Scattering of lavender in the world

Lavender is native to the Cape Verde and the Canary Islands, southern and northwestern Europe, the eastern Mediterranean, and is also grown as an ornamental plant in North America.

This plant grows in East Africa and countries such as Iran, Canada, India (southeast), China, England and in Iran, this plant is a non-native plant. But in some areas such as Firoozabad region of Fars province, agriculture is cultivated. In other parts of the country such as Mazandaran, Tehran, Karaj, Arak and Isfahan, it is cultivated and used as an ornamental and medicinal plant.

Although lavender is a plant grown in the Mediterranean, it also grows well in England, which has a cool climate, and has long been a staple in English medicinal plants.

When does lavender bloom?

This French lavender has very distinct bulbs and blooms white flowers that fade to pink and purple as the plant matures. It thrives in climates with mild summers and winters. It flowers as early as May then blooms twice more in June and late summer or early fall. 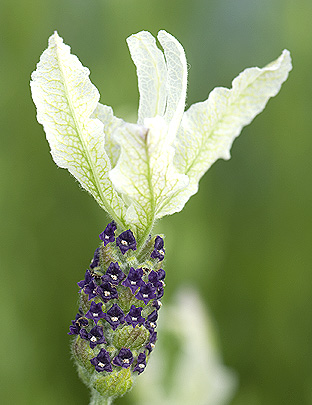 This is a type of lavender that is more suited for warm to hot climates, which makes it ideal for hardiness zones eight and nine. This plant will grow to be up to two feet in height, and the sweet-smelling purple blooms that can be seen slightly resemble rabbit ears. 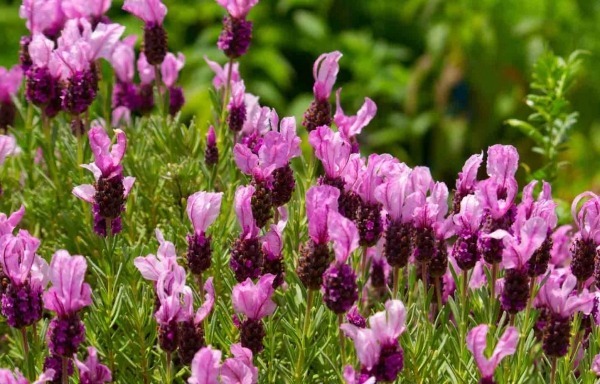 Blooming earlier than most French lavender, the Anouk flowers from early to mid-spring and has plump deep purple heads with lighter purple petals. This lavender can also withstand hotter summers than other types. 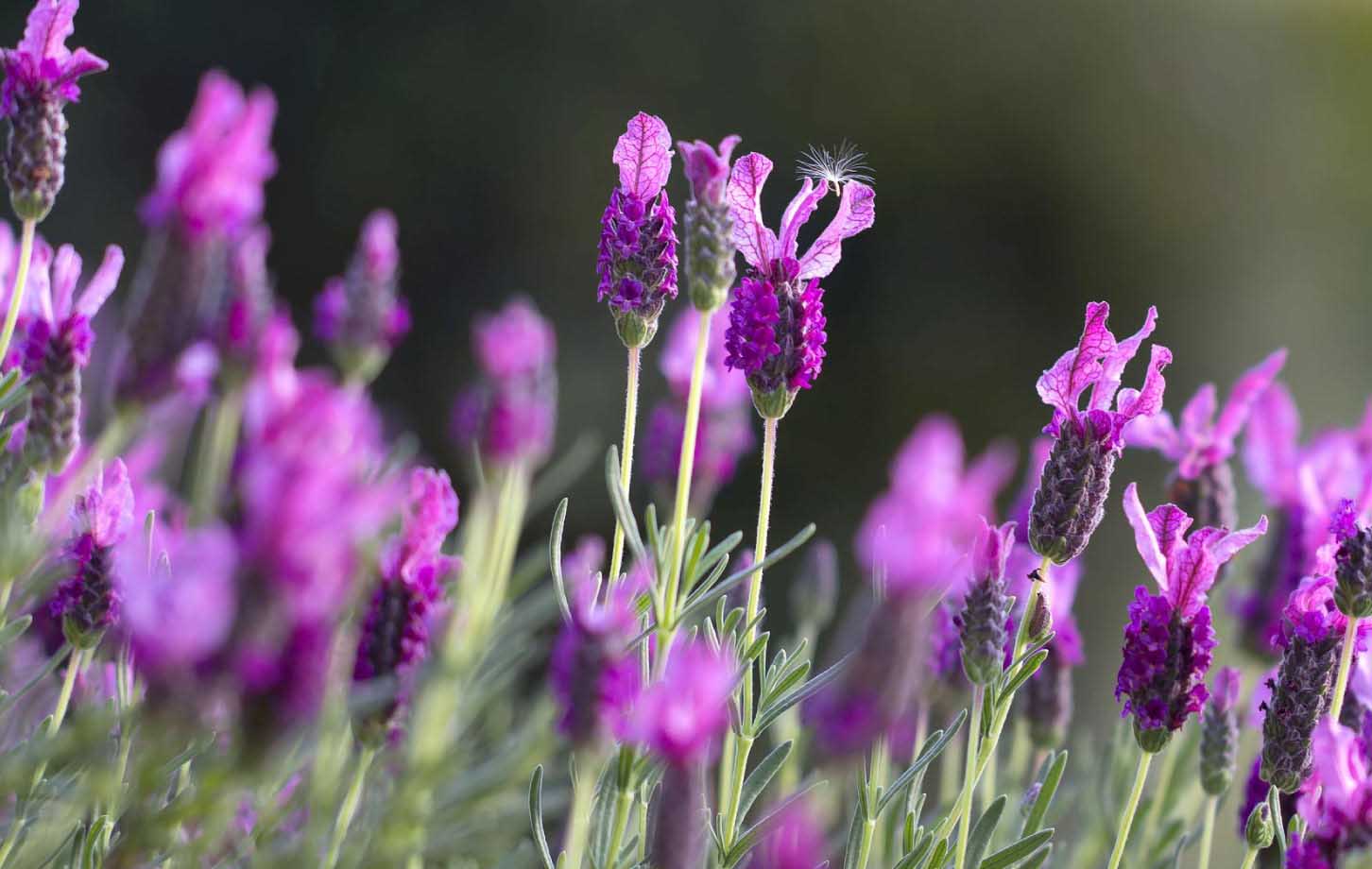 The flowers on Betty’s Blue are quite large and colored in deep violet-blue. The plants are dome-shaped and compact. This variety of lavender has a very sweet fragrance and only blooms once in the middle of the summer. Since the flowers are so fragrant, they are usually dried and used in potpourris. 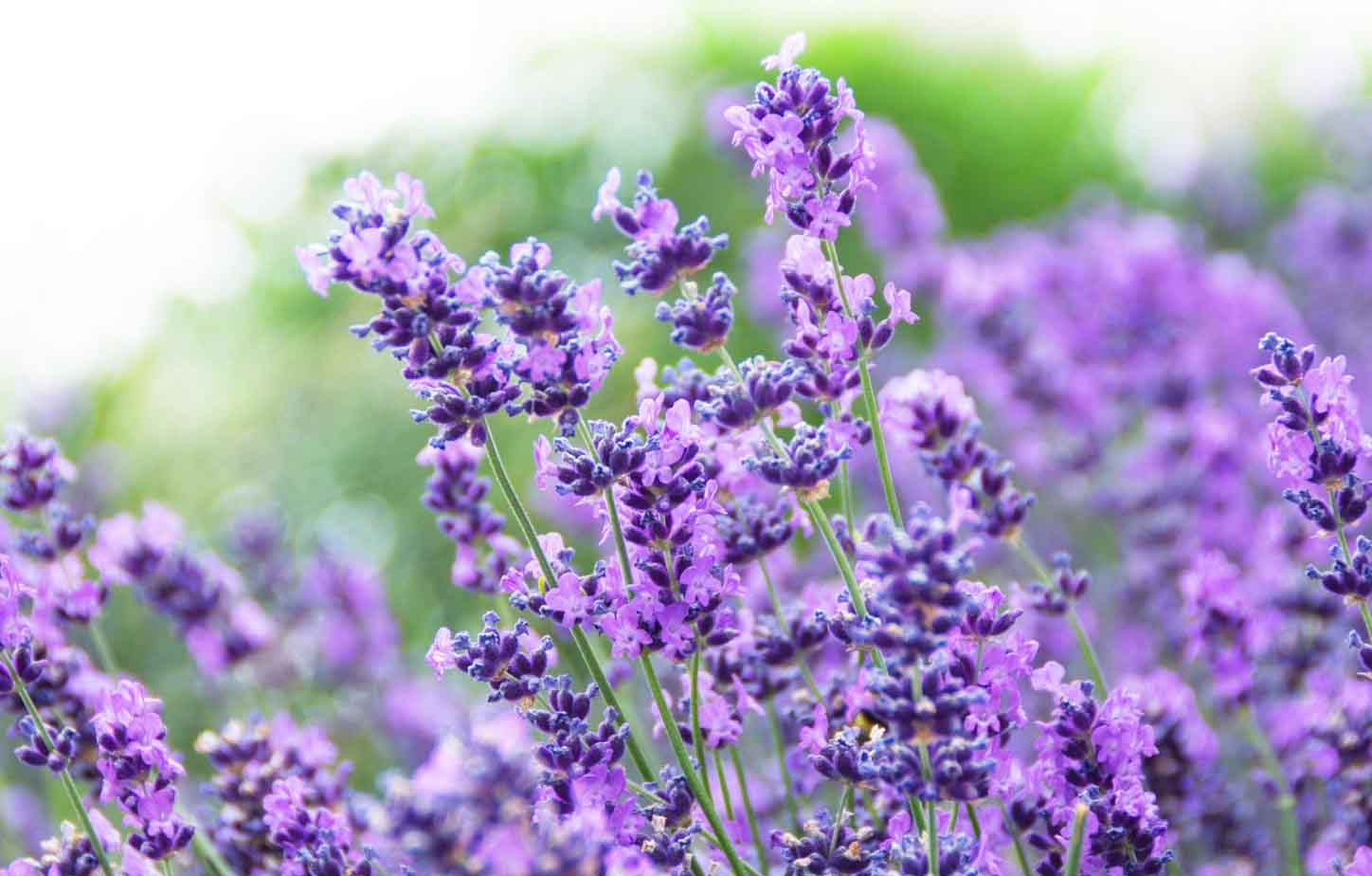 A very unique variety of lavender, the flowers are pom-pom shaped and very dense. They are extremely fragrant with a popping light purple color. Known as one of the most beautiful strains of lavender, the plant blooms in mid to late spring. Lavenite Petite attracts many butterflies and bees. 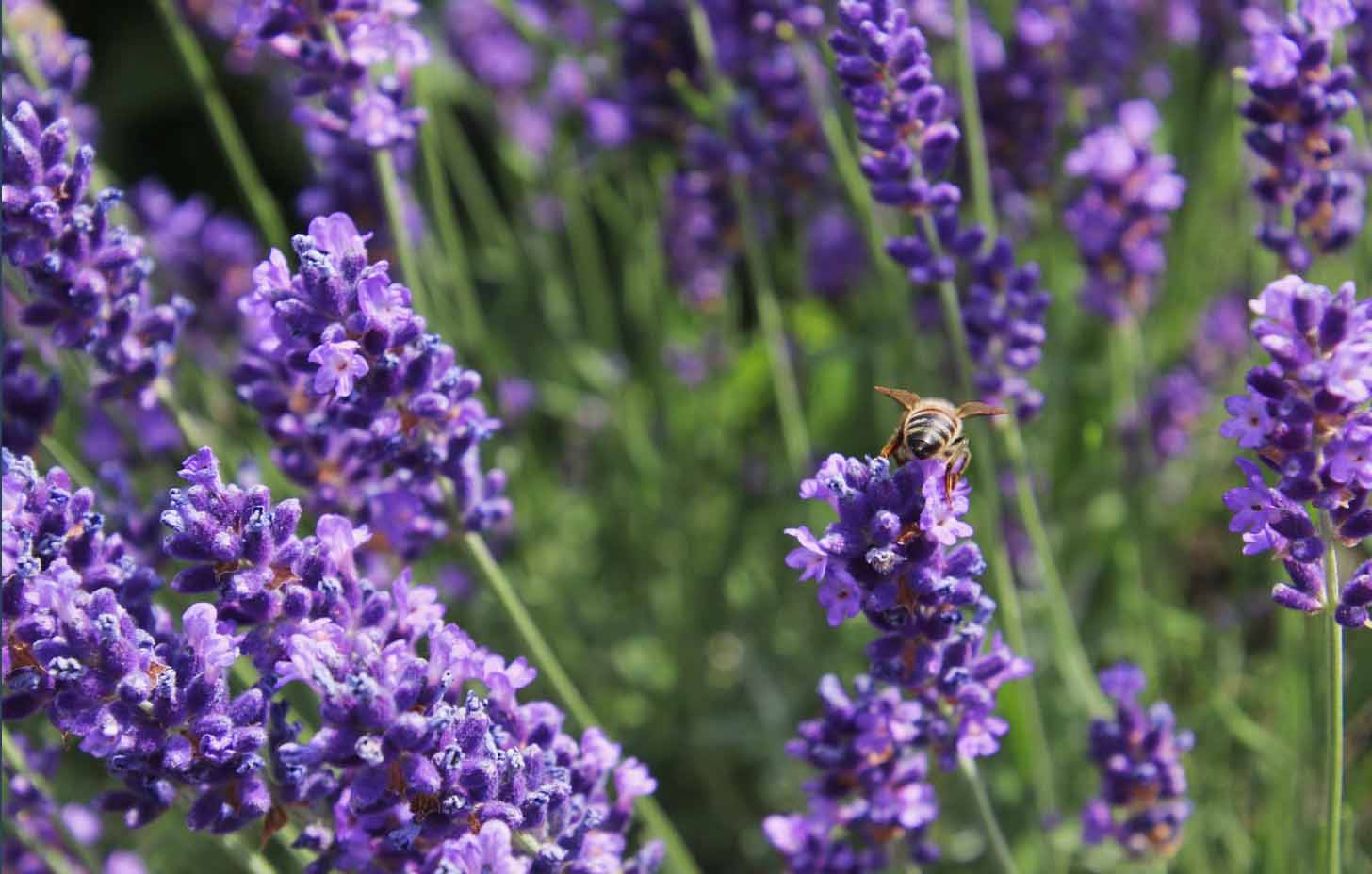 One of the more popular types of lavender, Hidcote blooms dark purple flowers and has contrasting blue-green foliage. When this lavender is dried, the flowers keep their color, which is great for crafts and decorations. The plant blooms in late spring or early summer depending on the climate. 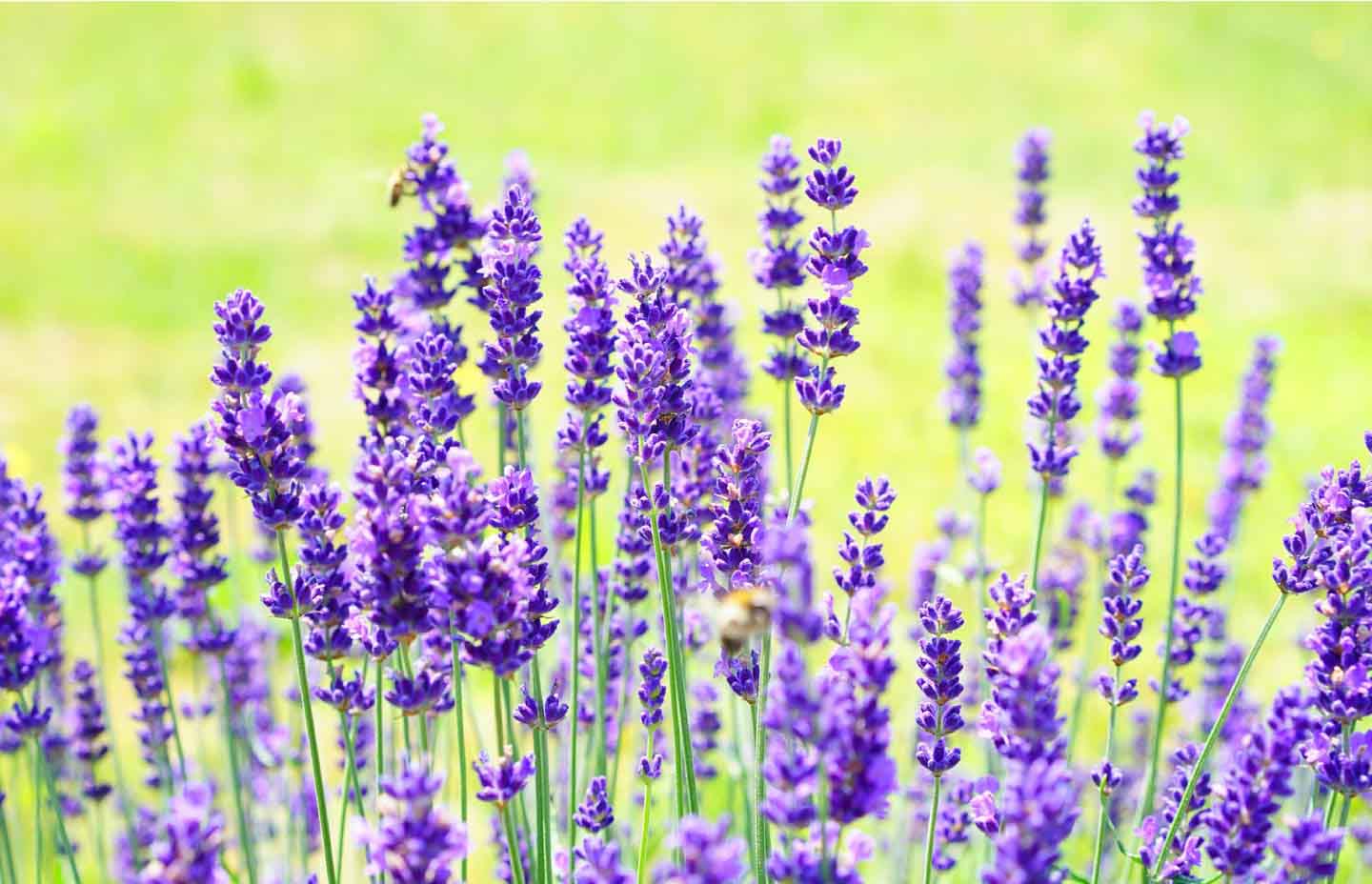 This lavender is popularly used in bouquets for its bunches of dark purple flowers that are quite long. The flowers are the richest purple of all lavenders. To enhance blooming, removing faded flowers will do the trick. The lavender blooms from mid to late summer and is highly fragrant. 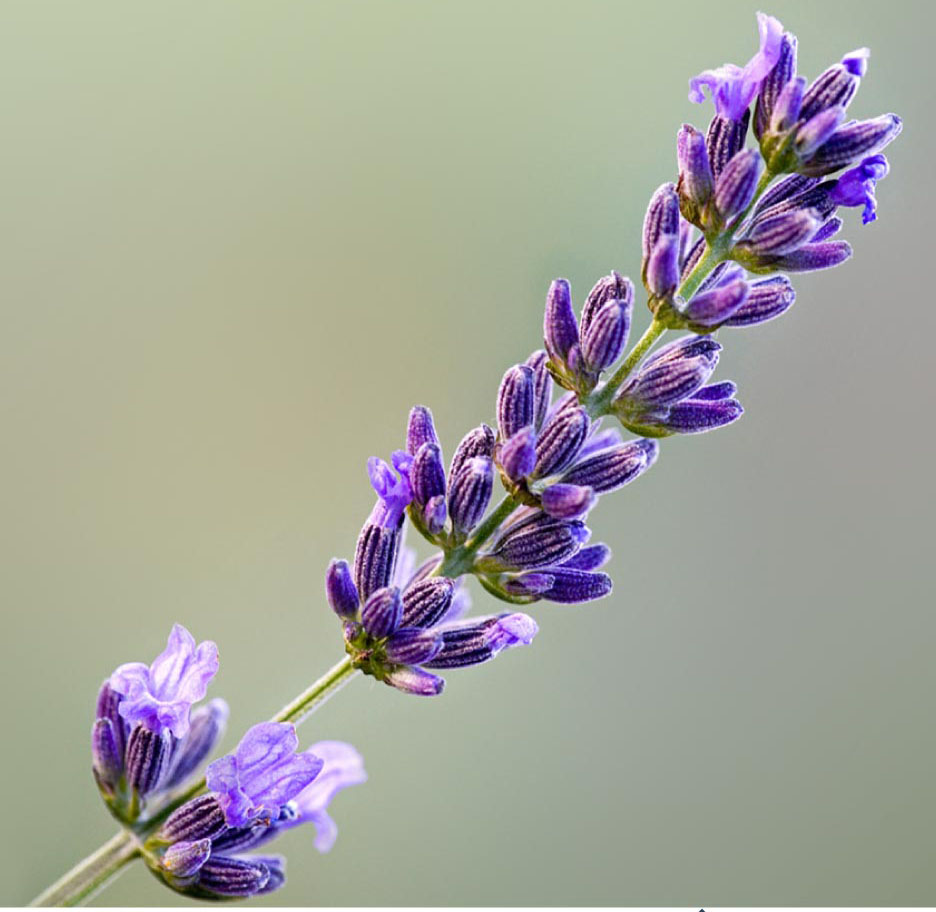 This lavender has light violet flowers that tower on long steps and spread beautifully. Hidcote Hiant is an award-winning lavender for not only its beauty but also its strong fragrance. This lavender is popularly used in bouquets. It tends to bloom mid to late summer and is a magnet for bees and butterflies. 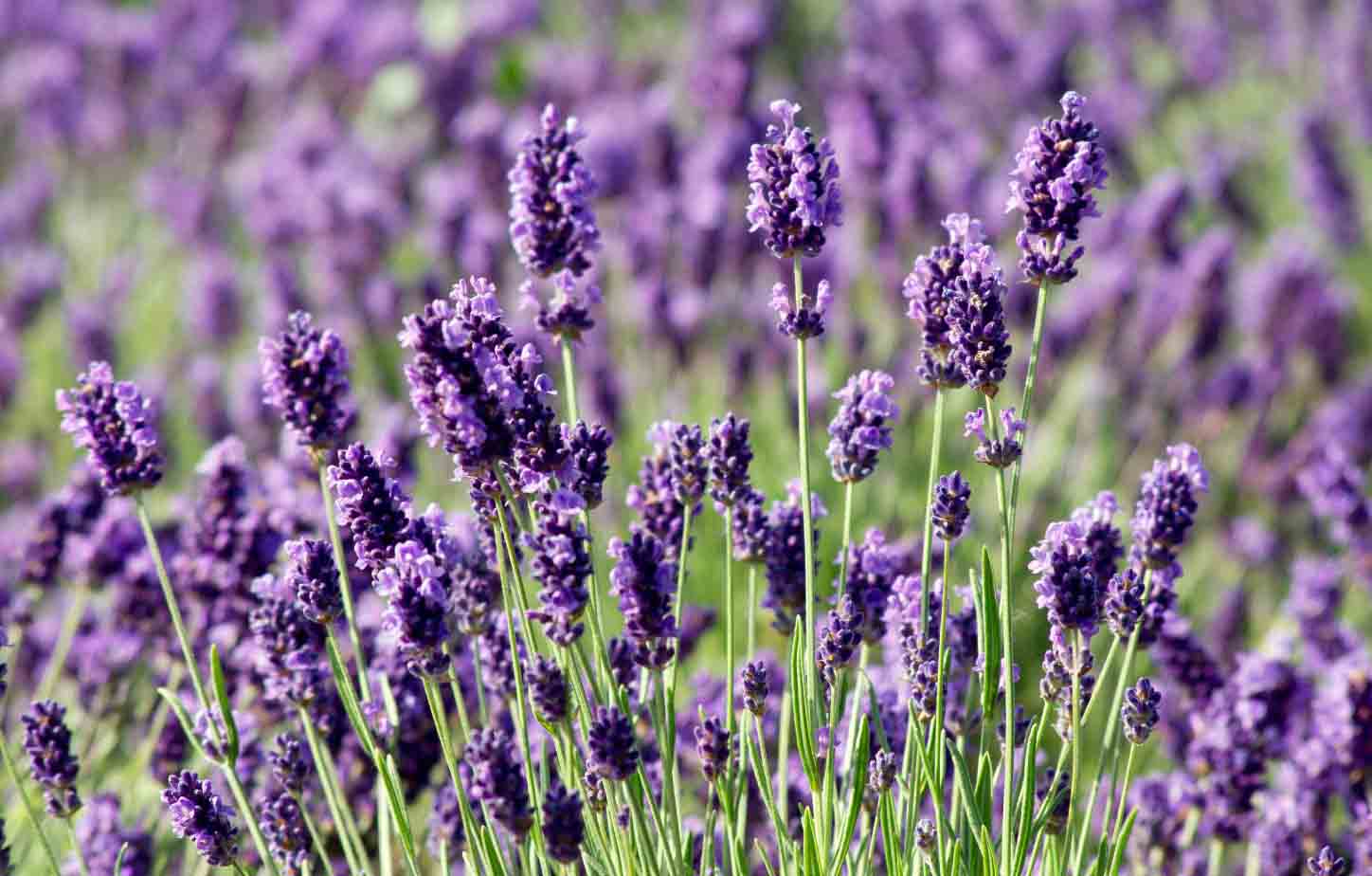 Grosso is a tall variety of lavender standing at about two feet tall. The blossoms are a very dark purple with narrow fragrant leaves. This variety can withstand cold winters as low as 15ºF and can last for years if pruned directly after flowering in the late summer. Grosso is very commonly used to extract lavender oil. 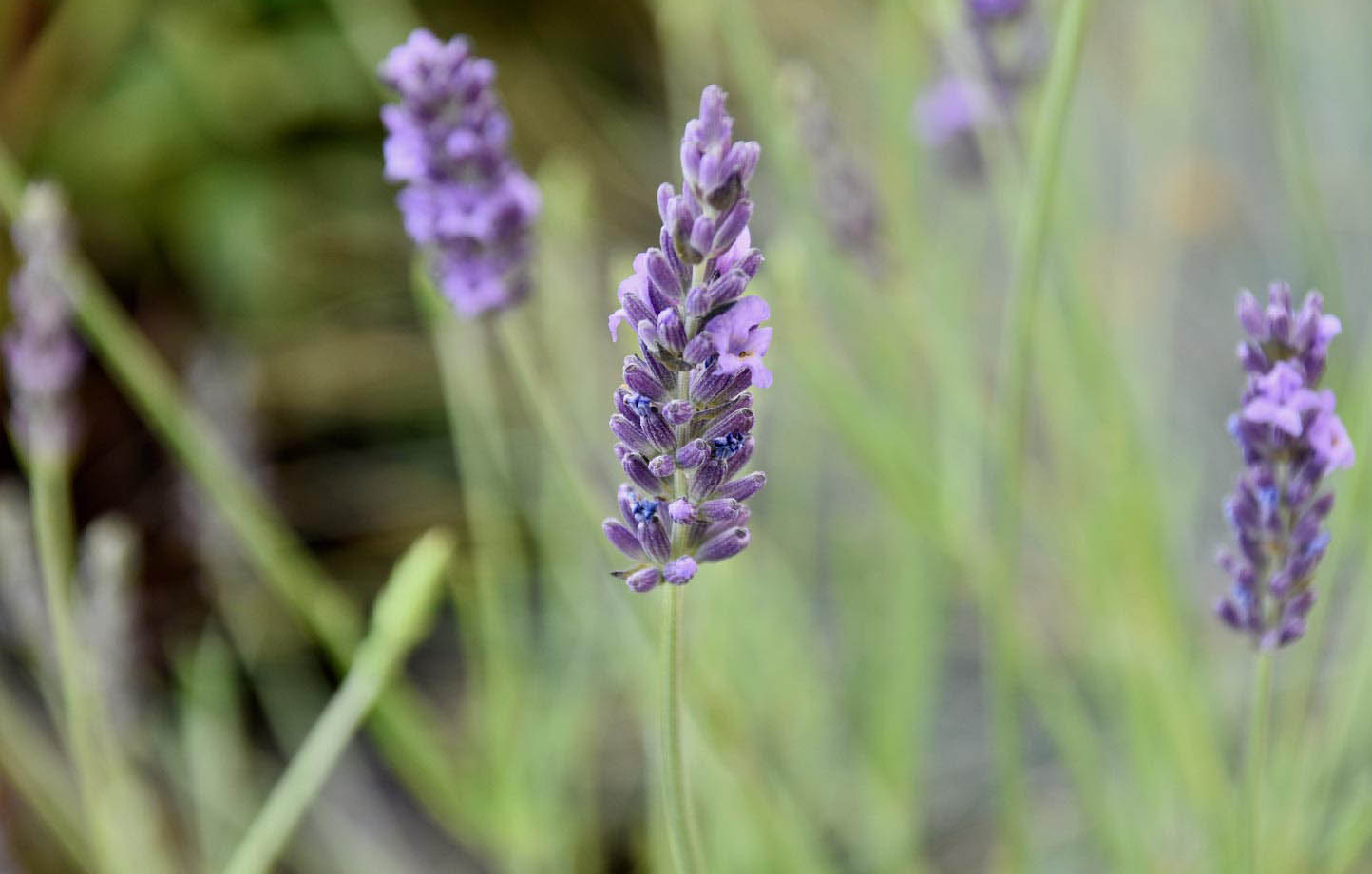 Portuguese lavender, also known as spike lavender, has flowers that are simpler and more elegant than other types. The flowers produce small pale lilac bulbs in levels along the stem. This lavender is commonly used in culinary dishes and drinks. The leaves are sweetly fragrant and attract butterflies and bees. 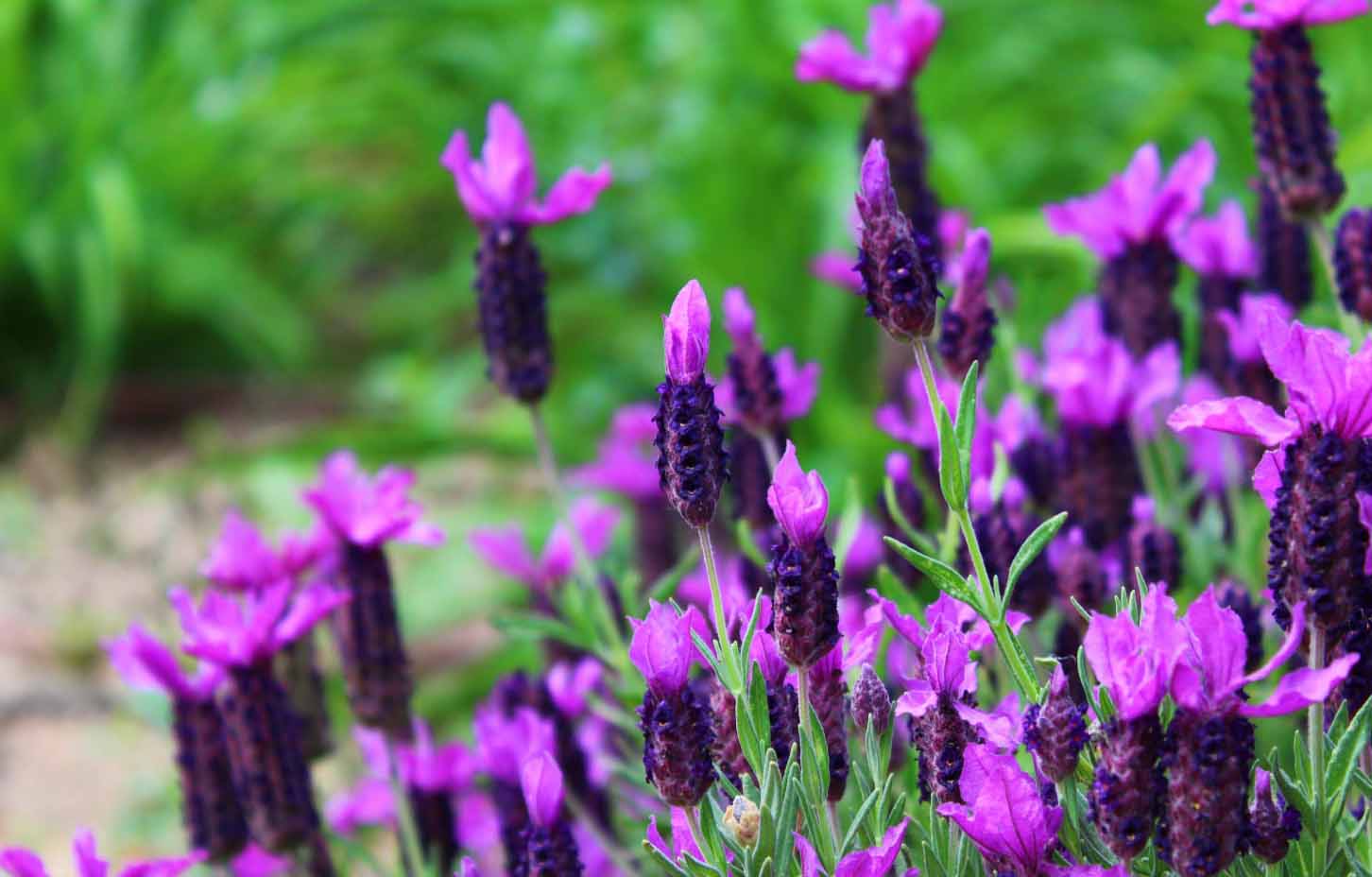 Egyptian lavender is also known as a fern-leaf lavender due to its furry bipinnate leaves. This variety has a different smell and is less sweet than others. The plant can be ignored once established as long as the lavender is planted in well-drained soil and has plenty of room to grow. The flowers blossom in late spring. 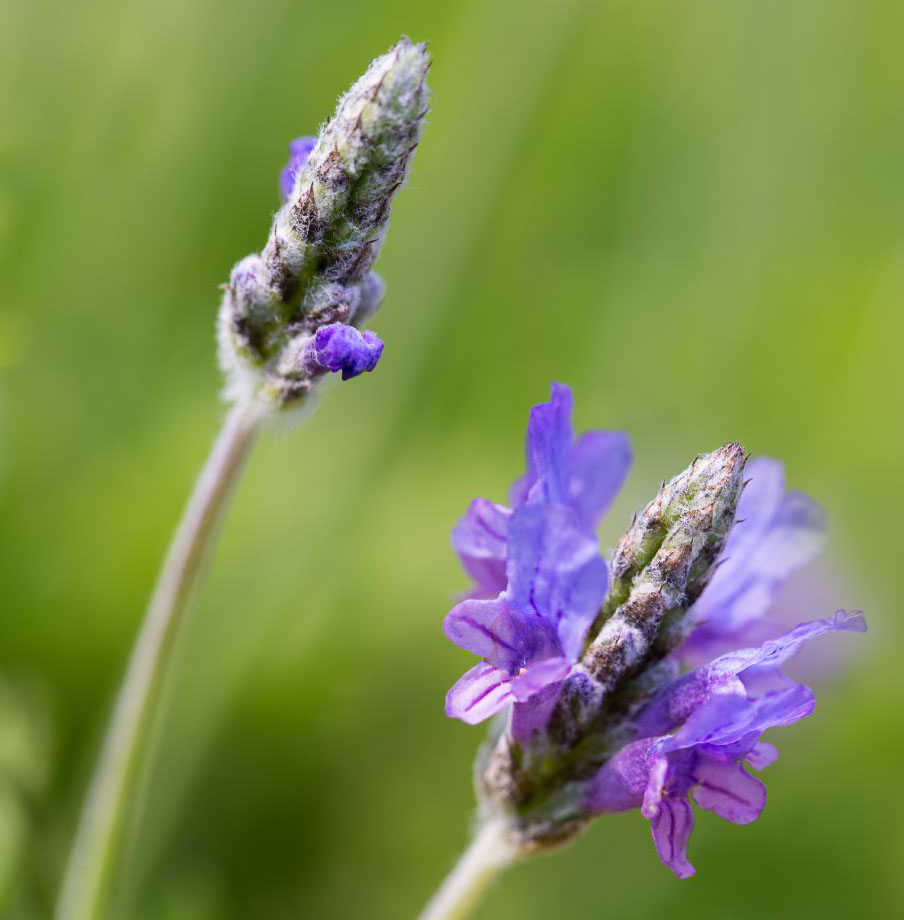 French lavender is more delicate in smell and color than other lavenders. The blooms last the longest out of any type of lavender, throughout the entire summer and potentially through fall. This variety is quite large and will grow two to three feet tall and wide. Another major difference is that French lavender does not tolerate extreme temperatures. 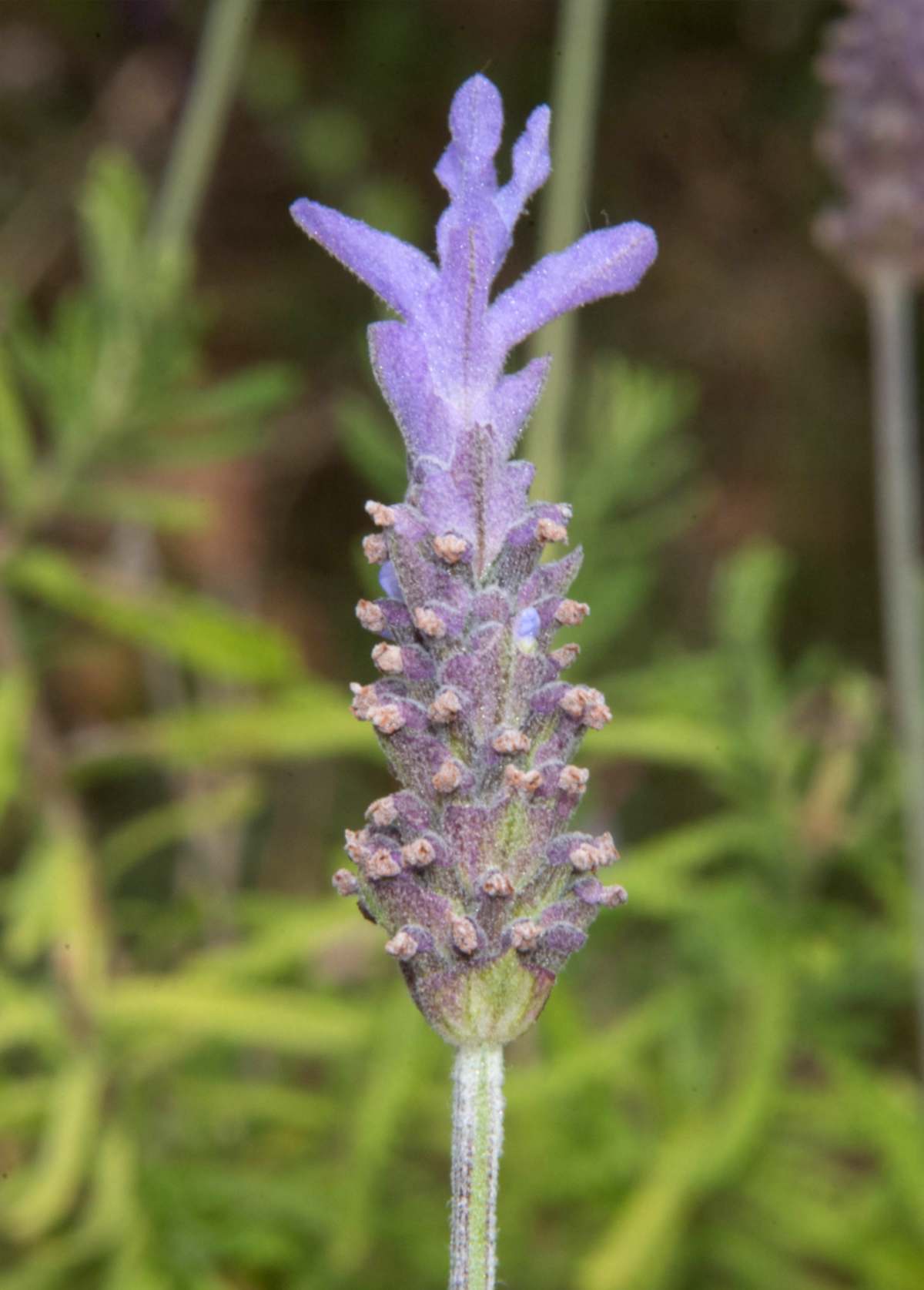 How to propagate lavender

Propagation of this plant is done in the following three ways :

Cuttings are done in two ways : greenhouse and open air.

Most lavender is exported from France, Yugoslavia, Bulgaria and Spain to other parts of the world.

Iran is one of the richest countries in the world in terms of medicinal plants. Due to these types of medicinal plants such as lavender are processed in different forms and exported to other countries. In this regard, the export of lavender in the form of extract and essential oil as well as its dried plant is done. Dried lavender , in addition to its decorative aspect, has many applications in traditional medicine and health and perfume industries. 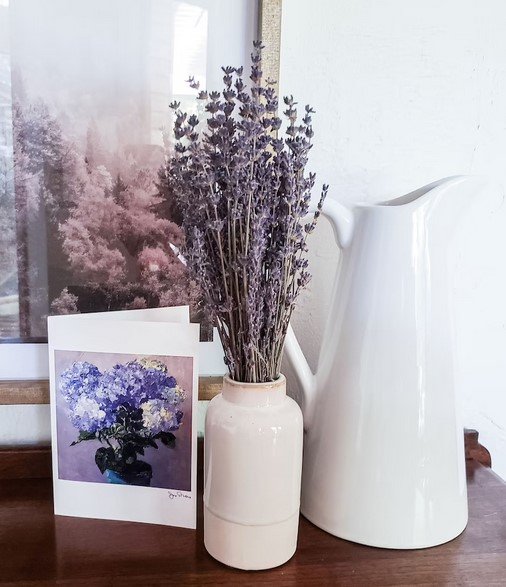 What factors affect the purchase price of foreign lavender ?

The buying and selling price of dried or fresh lavender in the market is determined by various factors. The fresher the lavender (this year), the more purple, the more fragrant it is. The cleanliness and purity of the product, the health of the lavender flocks, the amount of lavender cultivation and harvest in the country, fluctuations in the foreign exchange market and transportation costs, and… are other factors affecting the price of lavender.

Nowadays, the post-harvest and packaging operations of herbal products, in addition to maintaining the quality and freshness of the product, cause market friendliness and maintain a competitive market. Packaging is one of the important processes in the post-harvest stage of agricultural products, including medicinal plants, which maintains the quantity and quality of the product during storage.

The most important benefits of medicinal plants packaging are :

Improper packaging of medicinal plants can cause changes in their active ingredients, which will ultimately reduce the quality of medicinal products or consumer dissatisfaction. Packaging is also considered as an important factor in attracting customers in competitive domestic and foreign markets.

However, due to the abundance of essential oils, lavender flowers should first be dried in machines or in the shade, and after being cleaned by processing units, they should enter the market in small bags (T-bags). Lavender is one of the plants that due to its unique aroma and taste can be used alone as one of the herbal teas in tea preparation centers or in combination with other plants. 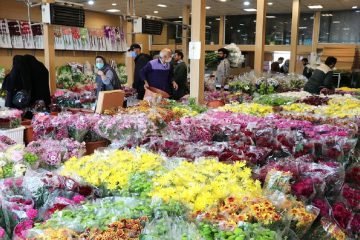 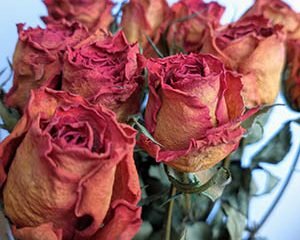