Dried Sea Lavender : Also known as marsh rosemary and lavender thrift, sea lavender is a perennial coastal plant that can often be found growing in both salt marshes and along coastal sand dunes. Despite its name, it is not actually related to the lavender plant.

The plant creates leathery, spoon-shaped leaves, red-tinted stems, and delicate purple blooms that appear in summer. These plants are easily recognizable as a result of their dense, cloud-like sprays of tiny, paper-like lavender flowers. 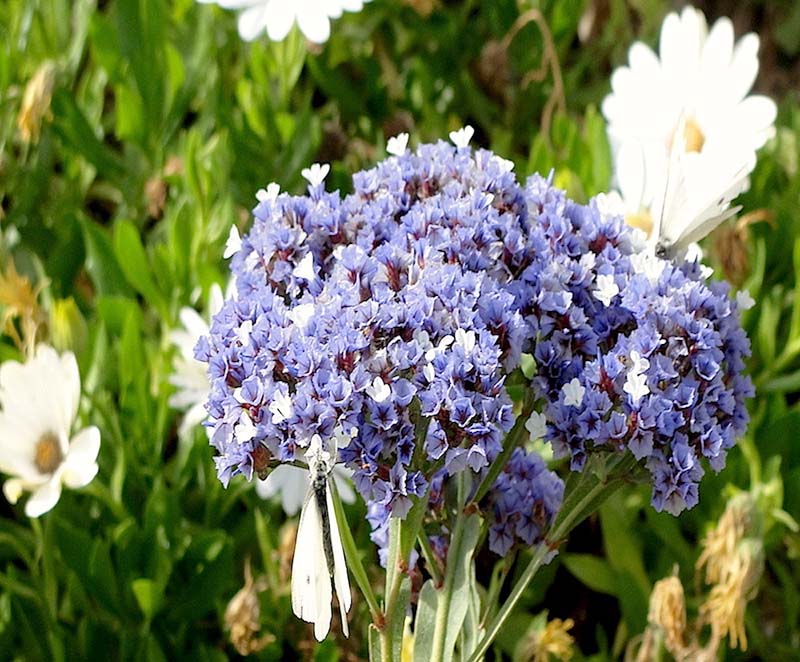 Sea lavender is primarily grown for its beautiful floral display; though its large green paddle-shaped basal rosette leaves will also create an attractive ground-cover in the early spring, until the plant flowers in the summer. Part of what makes sea lavender a somewhat unusual perennial is that the leaves are so close to the ground, and long flower stems will develop from this grouping of foliage.

That’s part of what makes these plants an ideal choice to plant among other similar perennials—the foliage remains mostly hidden, and the flowers stand out. They are also lovely as a stand-alone plant, particularly for anyone who is looking for a soft, yet eye-catching, texture around the bordering edge of a garden.

The genus has a subcosmopolitan distribution in Europe, Asia, Africa, Australia and North America. By far the greatest diversity (over 100 species) is in the area stretching from the Canary Islands east through the Mediterranean region to central Asia; for comparison, North America only has three native Limonium species.

There are between 120-150 species in the genus, many of them local endemic species with a very restricted range. Species not given a common name here are generally referred to simply as “sea-lavender”, “statice,” or “marsh-rosemary”.

How to Grow Sea Lavender Plants

Sea lavender is an ideal choice for gardeners who want to create bold, lasting color in hot or dry climates. They are a great addition to beds, borders, and cutting gardens, as well as for larger patio containers and fresh or dried arrangements.

Better yet, sea lavender is a fairly easy perennial to cultivate and has very few cultural needs. It can be divided every two or three years (always in early spring), but be sure to dig deeply to prevent damage to its long roots. Sea lavender is often considered difficult to divide, and taller plants may require stakes in order to remain upright.

These plants attract pollinators including bees and butterflies. Though they are considered virtually pest- and disease-free, some of the issues these plants could be susceptible to are: rust, leaf and flower spots, gray mold, crown rot, and Southern blight. The flowers will typically turn brown in the winter months.

Sea lavender will grow best when planted in full sun, as it will encourage the largest amount of densely grown flowers. Additionally, planting in full sun will also help to ensure the plant stays dry, which can help prevent root rot.

You’ll want to water newly-planted sea lavender regularly in order to establish a deep and healthy root system. However, once the plant is established, it will only require occasional watering. Sea lavender is a drought-tolerant plant.

A warm-weather plant, Sea lavender will flower throughout the summer, but reaches peak flowering around August and September. As a coastal perennial, it will grow well in salty, sandy, and windy conditions.

Take care when using fertilizer with sea lavender, as fertilizing too heavily may cause it to grow excess foliage and never actually flower. It can also kill these plants. When looking for fertilizer, steer clear of varieties that are rich in nitrogen. 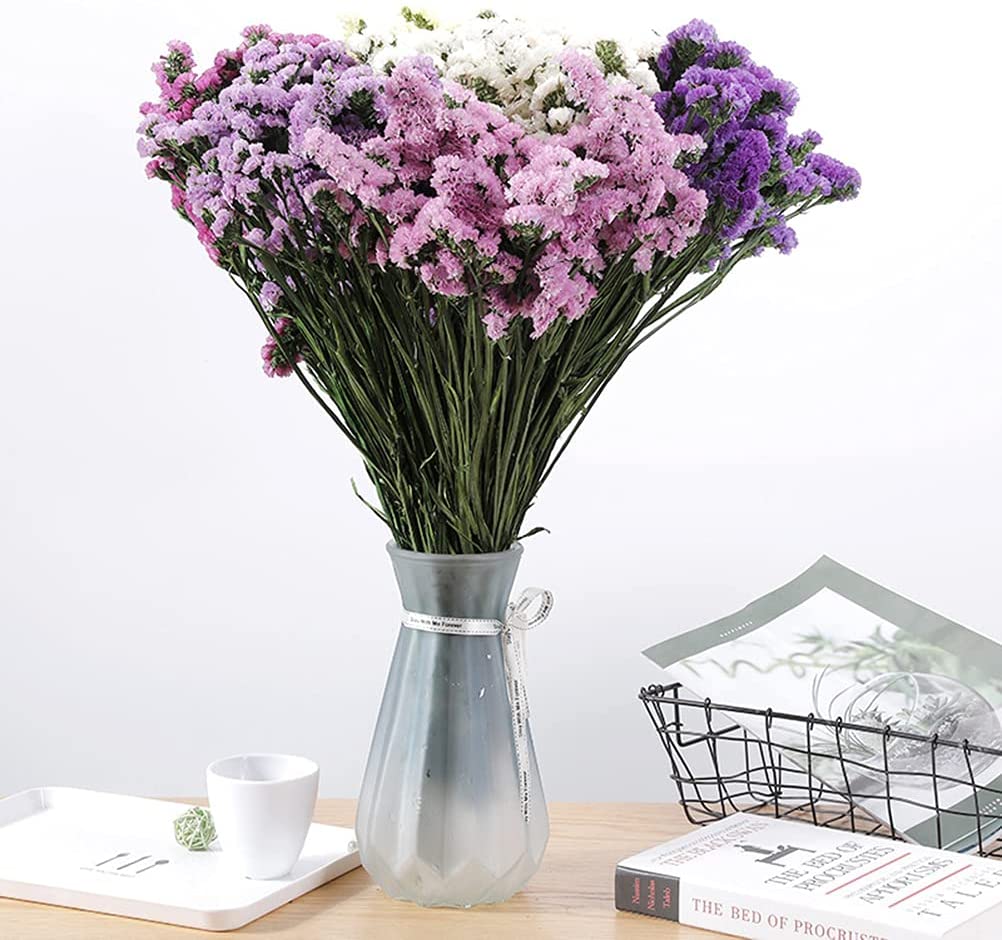 In order to propagate sea lavender, you’ll want to first sow the seeds in indoor containers before dividing in the spring. Seeding is the easy way to propagate these perennials.

Though they don’t require a great deal of pruning, you can cut sea lavender back after flowering. Removing dead leaves will make room for new growth in the spring.