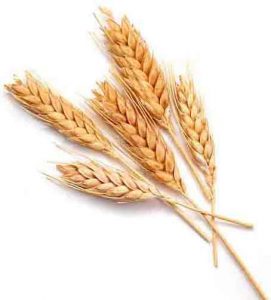 The wheat plant belongs to the family Poaceae Gramineae and belongs to the genus Tiriticum. This plant is available in both wild and domestic species and is considered a monocotyledonous flowering plant. Wheat has elongated and narrow leaves with an average length of 15-20 cm.

Wheat is an annual plant, its roots are fibrous and its stems are hollow cylinders, each stem leading to a cluster of flower spikes that form a wheat cluster after the flowers emerge and inoculate.

Wheat cultivation was common in Syria and Palestine to the north, along southern Anatolia. It then reached Palestine from Egypt, and from northern Mesopotamia to Iran. Bread wheat was first formed in Iran and traveled from Iran to India, Turkmenistan, Russia and China, as well as southern Russia.

Wheat cultivation in Iran, regardless of the type of growth of cultivars and its different varieties (winter, spring and intermediate) is generally done in autumn . Wheat harvest time in Iran begins in early spring (in tropical regions) and continues until late summer (in cold regions). 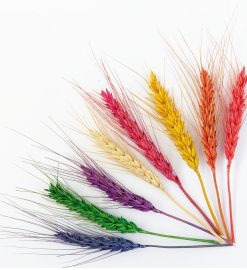 Wheat is usually divided into two general categories: spring wheat and autumn wheat. These two types, in addition to their seeds being different in color, texture, shape and. Also have different growth and development conditions. These two types of wheat are cultivated at two different times of the year.

It is planted in early spring. After germination, the young plant grows in spring and early summer and the crop is harvested until late summer. Spring wheat is usually grown in areas where autumn wheat can not withstand the harsh winter cold of those areas. Of course, the yield of autumn wheat is higher than spring. Spring wheat is usually sown after seed preparation and when the soil temperature reaches one degree Celsius above zero.

This type of wheat is grown in the northern hemisphere in the fall. First, the seeds of autumn wheat germinate, then in winter, the plant remains as a small young plant, and with the beginning of spring, it begins to grow again. Usually in one of the months of June, July or finally August, the seeds arrive and are ready to be harvested. Autumn wheat has deeper and thicker roots than spring wheat. This is due to the fact that autumn wheat has a longer growing season.

The biggest producers are wheat

In Iran, the major producers of wheat are the provinces of Khorasan and Fars in the cities of Qirokarzin Eghlid, Fasa, Marvdasht and Khuzestan province.

The largest exporters of wheat

notice: This article translated by google form Persian language. If you have any question or need more information please contact us or add a comment at the bottom of this page.

for Buy Iran dried flower and grasses with best price and quality please contact us. we are exporter and distributor of dried grasses in Iran. 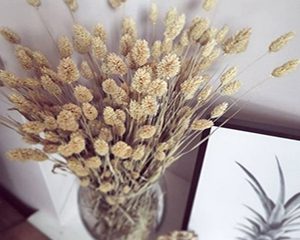