Dried yarrow flower : Yarrow is a plant from the genus of Achillea with a height of 20 to 90 cm and even more, long and covered with hairs and has many and narrow cut.

The white flowers are small, complex capitulae located at the end of the stem. All parts of the plant have a pungent odor and a bitter taste.

Yarrow is a weed of farms and growes as a wild plant in the plains and along roads and mountainous areas of Europe and in areas of northern Iran and the Alborz highlands and Kerman mountains, especially Hezar kooh and Bidkhan Mountains.

This flower is native to temperate climates such as North America and parts of Europe and Asia and growes for thousands of years in this ereas. This plant produces flowers with long and beautiful stems in white, yellow, orange, pink, purple or red, all of which have many benefits.

Flowering time of the plant is from the end of May to the end of July and the best time to harvest is the first half of July. All the different parts of this plant, including: flowers, leafy branches, leaves and flowering branches are all rich in medicinal properties.

Yarrow is naturally white. But today, with its widespread planting and reproduction, different types have been created in different colors and dimensions. Wild yarrow, for example, is the most famous species of yarrow. The petals are white and yellow and bloom from spring to late summer.

Normal yarrow grows in bright pink, red and lilac colors. Coronation gold is one of the most beautiful types of yarrow with its yellow mustard petals and silver leaves. Fanal yarrow is red and has a beautiful combination with its yellow center, and cerise queen is bold pink.

A. millefolium ‘Apple Blossom’ or ‘Apfelblute’ is one of numerous Galaxy hybrids from Germany, and is a cross between A. millefolium and A. taygetea. 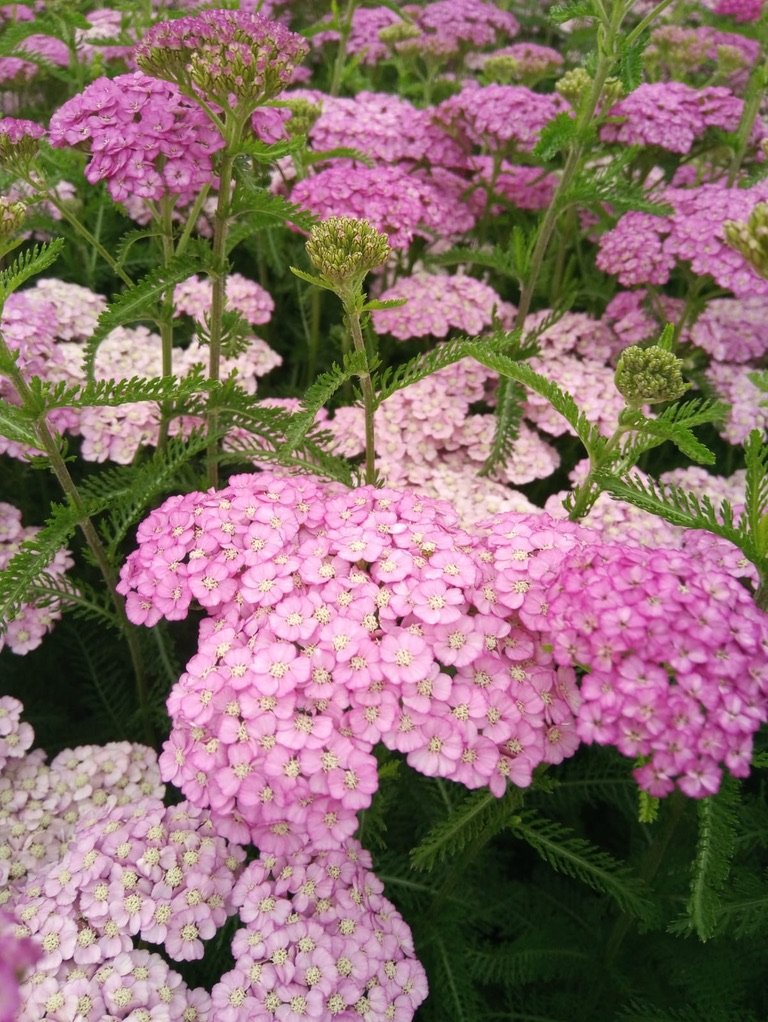 The cerise queen yarrow blooms in shades of light pink and magenta for several weeks in summer. It is an eye-catching variety of yarrow with light evergreen foliage that gives off a fruity aroma. They are easy to care for and are resistant. Cerise queen grows up to 2 feet in height and thrives in full sunlight. 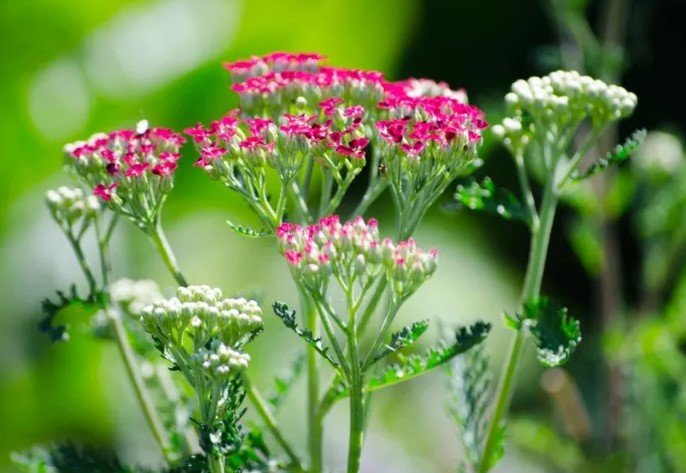 Gold yarrow is aptly named for its blooms in a rich, bright yellow. As with most yarrow and have an extended blooming season of more than 4 weeks. 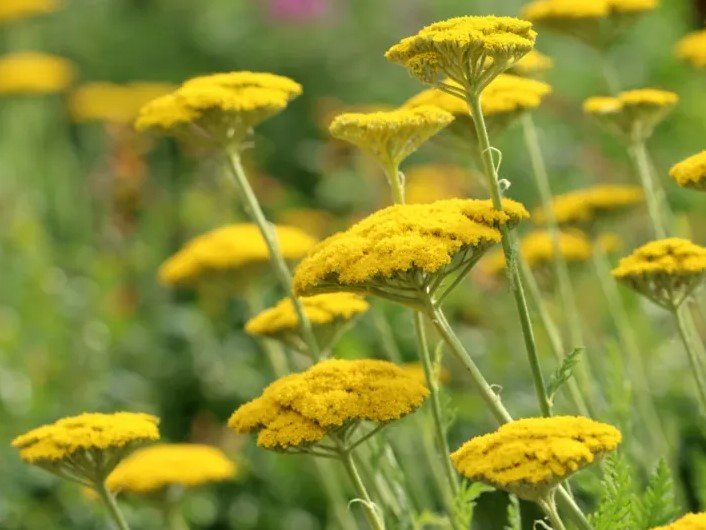 This flower known as wooly yarrow, these peppy yellow flowers that grow on rich evergreen foliage. They grow well in full sunlight in normal soil or slightly sandy soil with minimal water needed. They are very easy to maintain and will bloom from late spring to mid-summer. 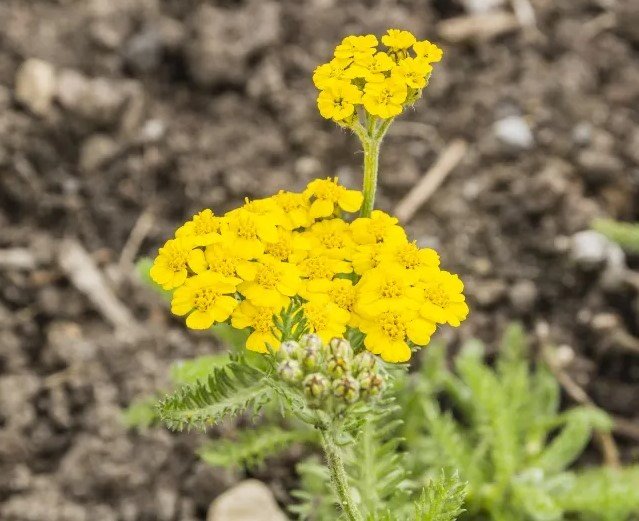 Perhaps the lightest shade of bright yellow blooms, moonshine yarrow is an eager bloomer lemon-yellow colored flower that is often chosen for its summer blooms. It is an aromatic flower and cutting the flower heads will ensure a return of blooms throughout the summer months. 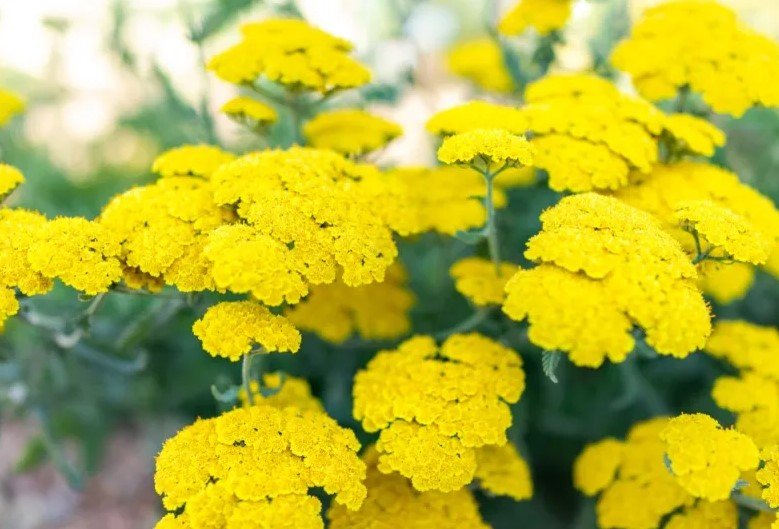 This is a great choice for growing yarrow for hot and dry climates. It provides rich green foliage peppered with rose-pink blooms. Trimming back after the first flush of flowers will ensure a mid-summer rebloom. Full sun is best for the new vintage rose yarrow. 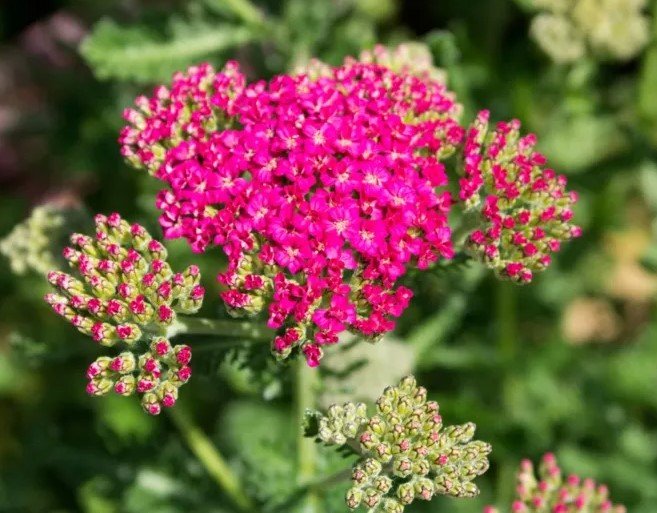 Paprika Yarrow is a garden favorite with clusters of bright red flowers that will bloom in the early summer before fading to light pink or creamy yellow. It requires little water and is hardy in soil that is quite dry or moderately dry, blooming less in soil that has more moisture. It does best in warm weather and is a fan of dry soil that has good drainage. 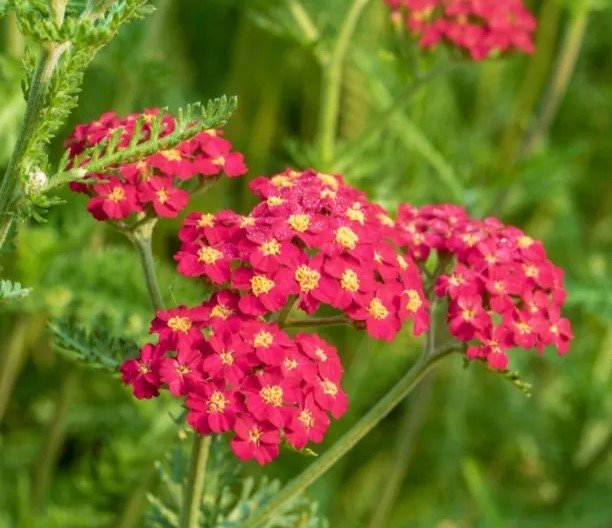 Summer pastels yarrow is a wonderful choice for gardeners looking for a mix of cheery colors. Their palette consists of pastel shades like yellow, light pink, salmon, lilac, and soft white. They are often chosen to be clipped for flower arrangements and because they require little care. 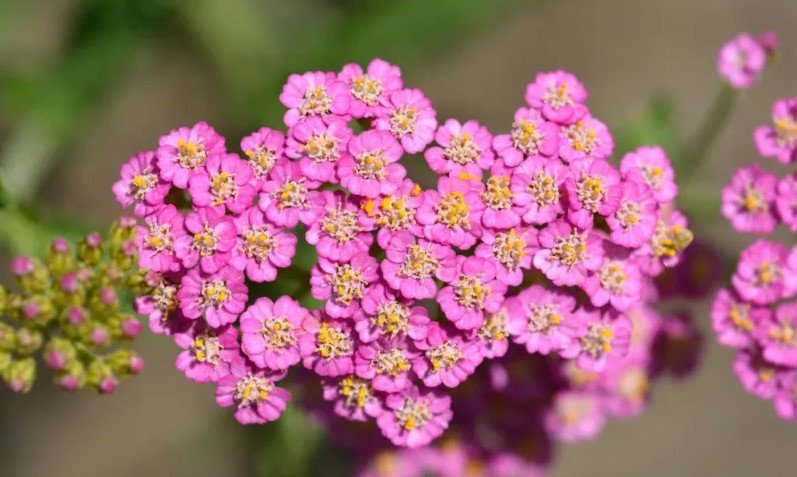 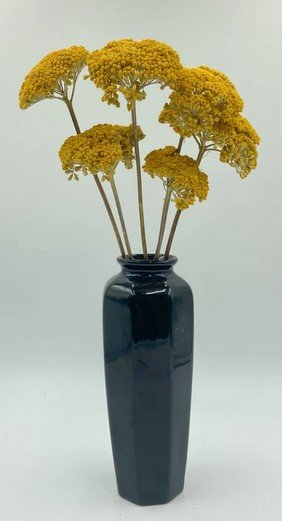 Export of yarrow dried flowers is one of the most important native medicinal plants in Iran, the export of which requires a comprehensive and correct plan for marketing in international markets.

One of the most valuable medicinal plants is yarrow, which is grown in Iran as a wild flower and can even be cultivated.

This plant species has been the basis for the production of more than 70 types of drugs in the world, which are used in combination with other medicinal compounds.

Unfortunately, due to the lack of attention to the processing sector of medicinal plants, many domestic products and wild plants are exported from the country unprocessed.

This lack of investment in the conversion industry sector has benefited markets and export target countries, as they re-sell their products to Iran at a much higher price.

In addition to its decorative aspect, dried yarrow flower has many usages in traditional medicine and pharmacy. The reasonable price of yarrow dried flowers has caused the sale and purchase of dried yarrow flowers for export to bring great profits to the exporters and wholesalers of yarrow dried flower , and in this way, it will also help the country’s economy and currency.

The countries of destination for yarrow exports from Iran have been most of these countries :

notice : This article translated by google form Persian language. If you have any question or need more information please contact us or add a comment at the bottom of this page.